Any Color as Long as It’s Black

Anyone who’s ever purchased or ordered a vehicle new has encountered way too many choices and options, most involving touches of irrationality. (Along the lines of, if I want that ultra-cool front-seat ventilation/massaging package, I must order Option Package C615a, which includes noise-canceling speakers—in the trunk. And that applies only in odd model years because the fourth tire has to be forfeited in the even ones.) Used vehicles are easier because choices are limited by what’s available on the lot. The simplest decision might be the exterior color. Still, there are facts and then there are personal preferences. Let’s start with the former, as reported in Axalta’s Global Automotive 2020 Color Popularity Report.

What’s the most popular vehicle color in the world? It’s white. By a lot—as in 38% (27% solid and 11% pearl in 2020, to be exact). It’s also been the top global color for more than ten years running, adorning nearly half of all vehicles in Asia and 46% in Africa. White is also a favorite for fleet vehicles. Curiously, it makes up only 24% of all vehicle sales in the US, but it still tops the charts here.

What are the second and third most popular colors? Black, especially in the luxury and SUV categories and also in China, whose rising middle and upper classes favor these exact vehicles. India prefers lighter colors, with black making up only 2% of its vehicles. Meanwhile, gray is the top color in Europe. Interestingly, silver has been steadily dropping in recent years, capturing less than 10% of the market as Brother Gray is gaining.

But what about blue and red? Blue accounts for only 7% of the global market, but it’s trending upward, especially in compact and sporty vehicles. Blue cars are more popular in South Korea than in any other country in the world. Meanwhile, red is holding its own at 5% globally but soars to 7% in North America, which favors it more than any other country, followed by South America and Europe/Russia.

What are the least favorite car colors? Brown and beige (3%), yellow and gold (2%), and green (1%). All other shades not mentioned already constitute the remaining 1 percent.

And the hottest trends? Green, for its connotations of nature, sustainability, safety, and calm, as well as violet (think purple, amethyst, blue-tinged variations, and even mauve). And two-tone finishes, once common in the 1950s and ’60s, are coming back into fashion, thanks to improvements in paint application, according to PPG Industries, an American paint and coatings company.

What US State has the most colorful cars? (Meaning not white, black, gray, or silver.) Vermont. The least? Hawaii. (Not quite what you expected, eh?)

What is the safest car color? Is it yellow? Nope. Orange? Uh-uh. Red? Wrong again! Believe it or not, white is the safest color, since it reflects the most light and stands out both day and night (unless you’re driving through a blizzard or trying to dodge a snowplow—take note of this, on account of how others can’t see you, especially the plow driver). This fact is borne out by insurance company statistics, with white vehicles involved in 12% fewer crashes than black ones in some studies. Yellow runs a close second for safety, but, as we’ve seen, that sunny hue accounts for less than a single percent of total market share. Let’s bring back the brilliant lemon and banana–milkshake yellows of the 1970s and ’80s!

Not surprisingly, the darker the car, the harder it is for drivers, pedestrians, and two-wheeled road users to see it, especially at a glance. Matte finishes are even less visible since the reflective glint of high shine is absent. Black vehicles are 10 to 47% more likely to be involved in crashes since they blend in with roads, buildings, shadows, low-light conditions, and stormy weather (a good reason to have your headlights and taillights on at all times if your vehicle is this color). Silver and gray don’t fare well either for the same reasons.

And everyone’s favorite question: What color makes you most likely to be stopped by cops? Nah, it’s not red. It’s white—because, statistically, it’s the most common vehicle color on the road. Duh! But it’s really your speed, driving style, and vehicle model type that are far more likely to catch the eye of the police than your paint color.

Now to the more fun stuff: What’s your favorite car color? What were the colors of your favorite vehicles? And why? What colors do you detest the most?

As a visual artist, I’ve always hankered for the most unusual hues—my first car, a 1979 Ford Pinto longroof, was a bright cartoon yellow. Other vehicles have been tinted teal, champagne, seafoam green, rose gold, and Bimmer’s own Barbera Red, which flashes burgundy, maroon, and even purple depending on the light. I’ll confess (at considerable reputational risk) that high on my car bucket list is a circa-1980 Cadillac Coupe DeVille, all light creamy yellow with a matching landau top and a luscious lemon-cheesecake interior. And those yummy light-yellow seatbelts! Too bad the dashboard and steering wheel are the color of boogers from a late-stage sinus infection, but somehow it all works. 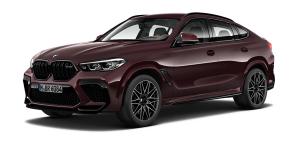 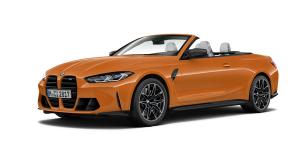 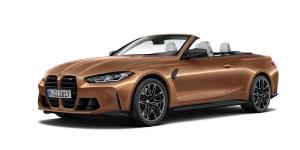 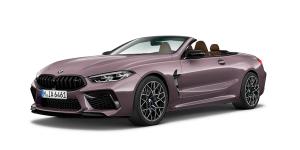 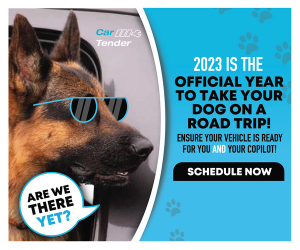