BMW DIY Guy Is Not an Influencer 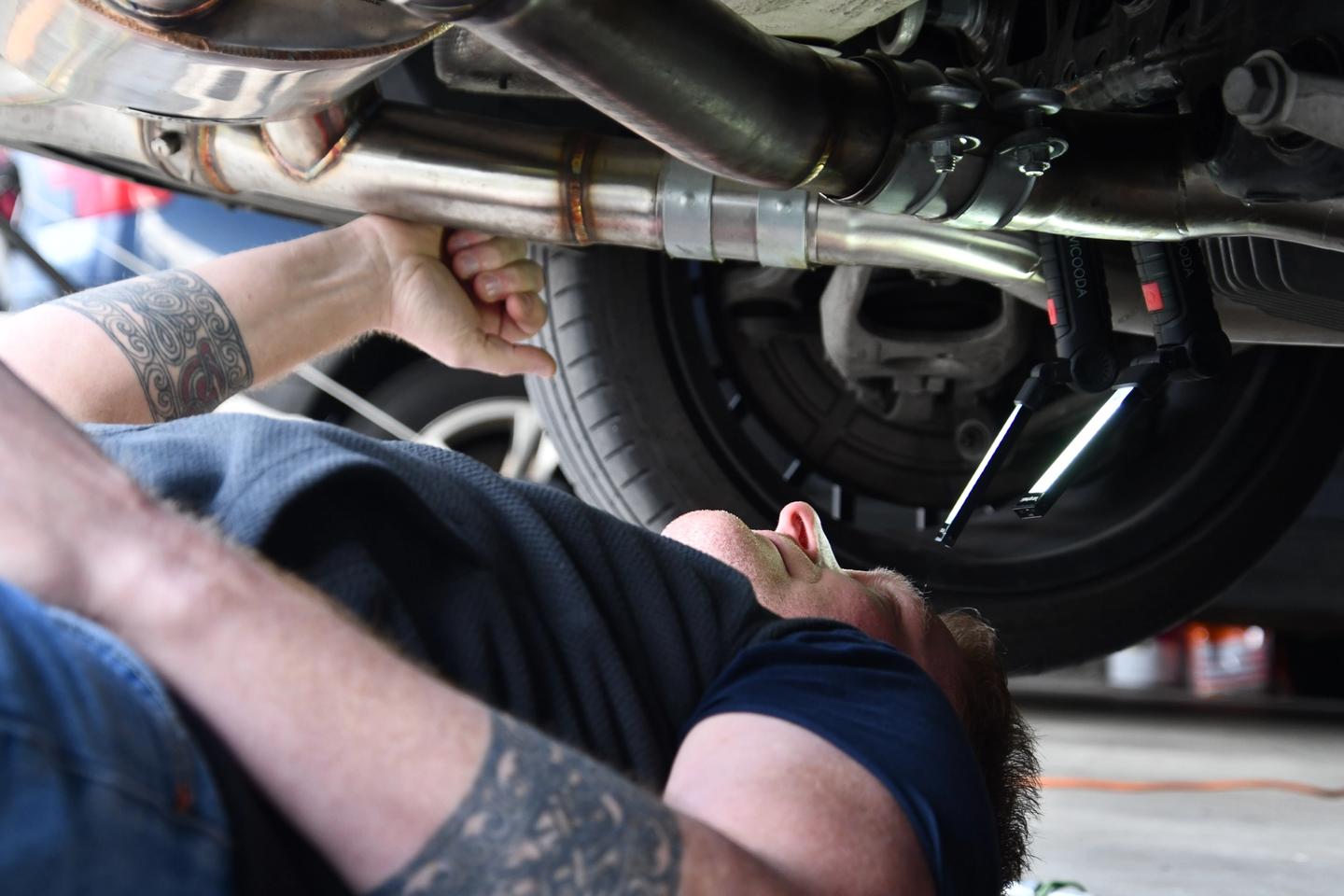 Don’t call him an influencer. Sure, his YouTube channel has grown dramatically over the last four years, but it’s not social media stardom or free products that Stefan Yotz seeks. What Yotz–otherwise known as BMW DIY Guy–really wants is for fellow BMW enthusiasts to feel confident tackling their own modification projects. His channel is here to help. 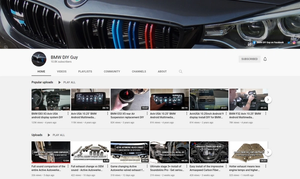 The Brand Is in His Blood

Yotz was bitten by the BMW bug early, thanks to a car his dad brought back from Germany. “In 1984, my dad bought a 1979 635 CSI–the E24–and he imported it into the States. When it arrived, I walked into the warehouse where we were going to pick it up and there’s this beautiful car and I absolutely fell in love with it.” (Sorry, he could find no pictures.) The first BMW Yotz owned was a 1979 320i, and though he describes it as “mechanically horrible,” it gave him lots of opportunities to tinker, helped along by his dad’s penchant for DIY. “I just developed this attitude of, if the car needs work, you just do it yourself.”

But it took a 2006 E46 M3 convertible to turn him from a regular backyard mechanic and into someone who was absolutely committed to helping others do their own work too. After investing countless hours trying to fix the hydraulics for the convertible top, he finally found a guy in Oregon who could repair it–but there was a catch: “Klaus of Top Hydraulics told me he’d repair the hydraulics for free if I would document exactly how to take the system apart and put it back together. Well, I’m an IT guy–I write documentation all the time.” 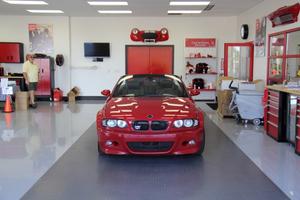 Yotz's M3 Convertible sent him down the DIY path

And so began Yotz’s conversion from tinkerer to helpful guide. At first he got some side jobs writing documentation for parts suppliers. He’d call up a supplier who had poor documentation and offer to create better, and he landed several jobs. Eventually, one of these companies said, the written stuff is great, but we really need video. After overcoming his initial reluctance and zero knowledge about video production, Yotz pulled out his camera and made his first video. The rest is history.

He started putting up his videos on YouTube, and to make them easier to find he created a brand name that was easy to remember: BMW DIY Guy. He posted his first video on April 12, 2017, and he’s been steadily building the channel ever since. He hit 1,000 subscribers within a year, topped 3,000 after two years, and now–nearly five years in–he is nearing 11,000 subscribers and 2,000,000 views. He’s no Bryan Kiefer (with Kies Motorsports), with 179,000 subscribers and 33 million views, and he’s never going to be Supercar Blondie (7.47 million subscribers; 754 million views). But maybe Joe Achilles (186k subs, 38 million views)?

To get there–to really grow the channel–Yotz knows he needs to expand his repertoire, away from mods on his 2019 M2 Competition and the two other BMWs driven by his wife and his sister-in-law. He’s started recording work done on friend’s cars and is eager to expand the number of platforms that he is showcasing. The relationships he’s forming–with parts suppliers and with local dealers like BMW Seattle–will help. Already, BMW Seattle helped him get access to a new car release event for the i4 that came out in 2021. And the rest will rely on his willingness to just take chances and try new things.

You might assume, in watching his channel, that Yotz is working “for” the supplier he often features–that they’re paying him to promote their products–but the reality is that this is really about his enthusiasm for the brand and for doing the work himself. Most of the parts he features are provided to him at a modest discount off retail–maybe just slightly more than the discount you might get as a BMW CCA member (and he’s been a member for years). There are other brands he’d like to feature, but he simply can’t afford it … yet.

His still-modest channel doesn’t provide much in the way of income and it takes a lot of effort. For every 15 minutes of final video, there are hours of building relationships with suppliers, filming (and then refilming if he doesn’t get the lighting or the angle right), then editing … and then there’s the customer support he provides, helping out subscribers. “One guy wrote to me from Chile the other day,” he says. “He was right in the middle of a project and he hoped I could help him. I was sitting on the couch watching football, but we went back and forth on email to get his project done.”

It may take a lot of work, but it brings him great satisfaction, as you can see from the energy he brings to his videos. “I love helping people,” said Yotz, “and I want them to realize that you don’t have to be a trained mechanic to work on your own car or start your own YouTube channel. Just do it! Just start.” It’s that kind of infectious energy that brings viewers back to his channel again and again.